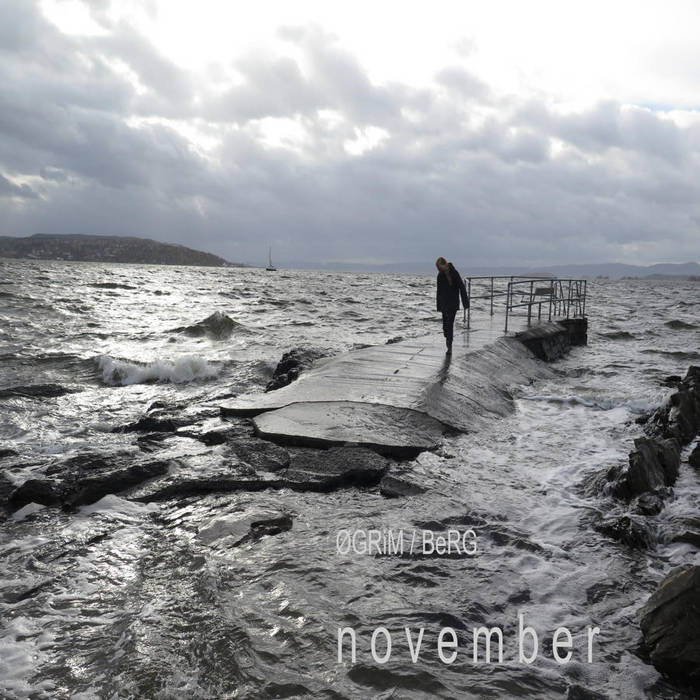 November is the first output from the duo collaboration between bassist Anders Berg (SE) and guitarist Tellef Øgrim (NO). With background from jazz,rock, improv and groove oriented styles the two musicians carve out their own domain from the rich soil of contemporary Scandinavian improvised music. Berg and Øgrim have earlier met and played in quartet constellation with Henrik Wartel and Gunnar Backman in den Haag and Gothenburg.
Mastered by Gunnar Backman at Brakophonic Studios
A follow-up EP is available at simlas.bandcamp.com/album/december


www.freejazzblog.org/2015/02/tellef-grim-anders-berg-november-simlas.html
By Chris Haines
Here are two releases from the tail end of last year by Tellef Øgrim (guitar) and Anders Berg (bass), the first release November being a full-length album, whilst December is a short follow-up EP.

Firstly Tellef Øgrim is a fine technician of the fretless guitar, which over the years he has mastered producing, in particular, the excellent album of solo pieces for the instrument Some Dodos Never Die. Mr. Øgrim continues his exploratory journey on November, this time in collaboration with bass player Anders Berg. The pair have created a fine album of improvised duo pieces, which also contains a healthy amount of electronic-based music enabling them, at times, to create a much fuller sound, and work with an extended palette of colours and rhythms. The track Oslo is a good example of this coming on like a more edgy Fennesz track, whilst the more straight forward improvising of 422.2 with its funky bass motive and free-rock guitar interjections played over the clattering of electronic drums is interspersed with sparser moments. This use of space is also used to good effect on the title track, which creates a chilly November feel to it accentuated by the tremolando picked melodic line. There is some fine improvising from both musicians on this album, and I am a particular fan of Tellef Øgrim’s freely chromatic guitar playing, as illustrated on 422.1, which he then carefully uses to great effect in a restrained and compositional way on the rest of the album, I only wish there was more of it!

December gives us another 3 tracks from the duo, which carries the feel and way of playing set-up on the album onto this short EP. Thou Shalt Maketh Me A Sandwich is worthy of a note not only for it’s throw away title but also for the unwieldy guitar sound which Tellef Øgrim appears to be wrestling with, whilst Anders Berg is due credit, providing a solid but freely moving bass line and perpetual rhythmic underpinning to provide a continuous thread to the piece.

November made it into my Top Ten for last year’s releases and I do hope that we hear some more from them both, either together or individually, in 2015.