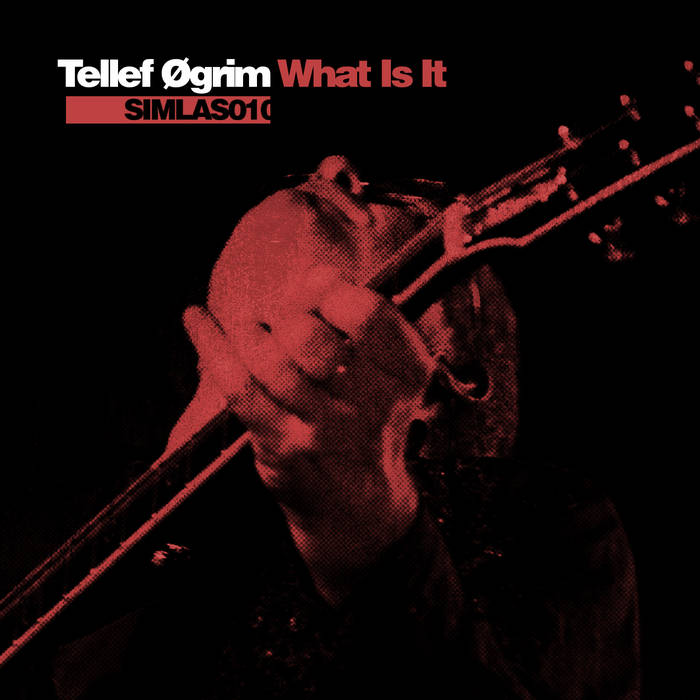 Maybe there is a connection, a channel to something original and real. In music, there are a lot of things that prevent such connections from being made. There are flashy or dramatic images, tons of electronic equipment, numbing stories about the money an artist made, how much she lost, the money he never made, who he married, divorced. Then there are the drugs he nearly died from or got jailed for.

Luckily there are also means to connect, some things that defy all the superfluity that surrounds and infects art. To me, the acoustic guitar is such a tool. Mostly it is a reluctant friend. Hard to play. Hostile at times. But then comes lighter periods of mutual understanding. Periods when a real connection is made. I think, or at least I hope, that a bit of dwelling on how the sound of un-amplified or unmodified strings hitting walls in a room can enrich time spent later with amplifiers, effect boxes, cables and electronics.

The tracks on this album are played on two remarkably different instruments.

On most of the tracks I use a splendid Martin guitar I found in a shop in Oslo in 1985. It carries a sad and dramatic story of a girl buying it to her boyfriend who was somewhat more fond of partying than caring for his new guitar. After owning it for not much more than a week the instrument was taken to a party and soon left lying on its belly, displaying its beautiful koa backside to everyone that cared to notice. But no one seemed to have time to enjoy the beautiful view because after a short while someone simply fell at the instrument. It was crushed. The saddened girlfriend returned to the shop asking them to repair it. However, she never came to pay for the repair and pick up the instrument, so a month later I bought it and have had it since. It sometimes worries me to think that maybe the girl returned to the shop with money in hand in order to collect the repaired guitar only days after I had walked out with it.

Regardless of this possibility she (the guitar) mostly acts as if I am her rightfully owner. Other times again, she seems to want to be left alone.

The other guitar used here is a much smaller and simpler instrument with an almost muted sound. It was probably made sometime during the 1930ties or 40ties. It has the label of a long defunct music store in Oslo. Probably, it was not built there, but rather imported from Eastern Europe somewhere and labelled here in Oslo.

If you listen closely you might hear which instrument is used on the different tracks.

Critical reception: Daniel Barbiero at Avantmusicnews.com. "It’s a well-recorded set that succeeds in offering challenging substance in an intimate atmosphere".https://avantmusicnews.com/2017/09/25/amn-reviews-tellef-ogrim-what-is-it-simlas010/